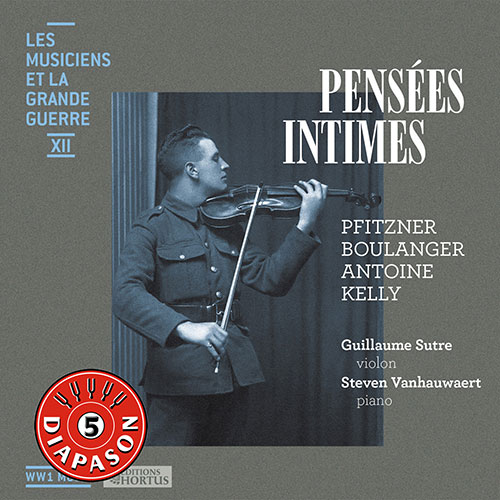 How aware are we of a repertory whose composers, fallen in combat, were too short of time to shore up their notoriety? How should we regard works by those who have come to be considered masters, within this overall output? What was the impact of the conﬂict on composers’ inspiration? What musical context reigned before this major torment? And what of the musical tributes written in the immediate postwar years?

It is to these questions that Éditions Hortus, on the occasion of the World War I commemoration, attempts to supply an answer with the collection Musicians and the Great War, with
the Mission of the Centenary label, proposing a series of recordings making up an unprecedented anthology in sound of works composed during the conﬂict and also in the years preceding it as well as following the Armistice, in order to come as much as possible to an understanding of the context as well as of the historical and cultural atmosphere.

This wide-ranging yet coherent foundation of musical heritage, oﬀering a representative panorama of musical creation in the nations involved in the conﬂict, brings together works by acknowledged composers who, for reasons
of age or health in particular, often remained behind the scenes, and those, in many cases unpublished, by composers often forgotten today, drafted and, alas, in some cases wounded or killed. These works all merit attentive listening, not only for their musical quality but also for their incomparable emotional value.

Available now on:
Back